The UK education programmes are divided into four main areas such as primary education, secondary education, further and higher education. However, the education system in the UK is classed and rated as world-class. It is compulsory and legally binding for a pupil of school age to start primary school education at the age of 5 and sail through secondary education until the student is 16 years of age or older. Throughout the United Kingdom, similarities exist between various institutions, universities, and colleges because of quality assurance though with a few differences relating to the geography in question. Students in Wales, Scotland, Ireland, and England make up the United Kingdom.

Key stage education is a term used in the United Kingdom and British overseas territories, setting the educational strengths and knowledge expected from pupils at various ages and stages in their respective lives. The UK national curriculum is organised into years of blocks known in other words as the Key stage. As with every school in the United Kingdom, at the end of every key stage, a lecturer or qualified teacher will formally take your child’s performances into account

Here is the classification of UK’s Key Stage Education

Generally speaking, Key stages 1 & 2 are usually undertaken in primary education settings but when the child reaches 11 years of age, they are expected to move to a secondary school setting where the completion of key stages 3 and 4 will take place.

At the end of each stage, students are assessed vigorously. When they get to the age of 16/17, they are expected to sit in for their respective GCSEs, normally known as the General Certificate Of Education. Upon successfully passing their GCSEs, they may choose to go to further education. The next stage is that of higher education, university, or simply going into employment.

Five Sections That Make Up The UK Education System

Early Years Education. It sets the standards for learning, caring and development of your child from birth until 5 years old. At 4 & 5 years of age, there is voluntary or optional assessment.

This is normally called Key Stage 1. It includes pupils aged 5-7. Normally, this is the timeframe pupils are introduced to some basic knowledge and subjects like Maths, Music, Geography, English, History et al

Students will start secondary school between the ages of 11-16. This is the key stage of 3-4 where they are moulded to prepare for GCSEs. In the UK, primary and secondary education is mandatory before 16 birthday.

UK and or foreign students studying in the UK planning to go to the University needs further education though not mandatory. After secondary school, they will attend further education for A-Levels, BTECS, BAC or GNVQs.

Higher education in the UK is the best, the world at large. Some international students will gain access to UK universities directly with qualifications from their respective home countries. 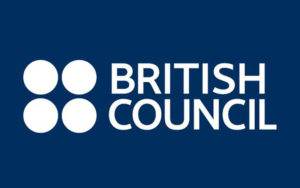 Book an appointment with a consultant to discuss your UK education needs.

Click on one of our British Council Certified Education Consultants below to chat on WhatsApp or send us an email to admin@uniadmissions.net